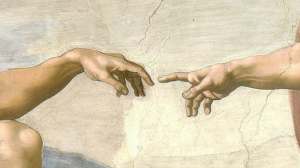 How many consider suicide?

How many daily, wondering how to do so as painlessly as possible, and with the least impact as possible on those they love?

Perhaps, on a cold winter’s day, driving a secluded stretch of highway, just pull over, and walk out into the woods as far as possible, to lie down, and fall asleep, never to wake again.”

I did not take that final step to flee my pain, fear, and anxiety, constantly stinging like a swarm of bees. Butterflies are the popular, more bucolic metaphor. But I had bees, swarms of them, not yet killer, but man did they sting! At times, I didn’t know what to do with myself, insides flailed raw like with a cat-of-nine-tails. That’s when suicide seemed appealing!

Well, it wasn’t me hanging on for dear life. Yet, I’m still here. There’s that word: ‘Yet!” Just three small letters, but together they lift more than their weight! They hit above their fly-weight class! “Yet” can have a big impact on any sentence! “Yet” signals a change, could be positive, could be negative. As in “we did all we could yet he still died”. Or “he’d given up all hope, yet he was saved”. Granted, “yet” does seem slightly questioning, whether at the beginning or end, of one’s sentence.

Yet…, I’ll take it, questioning and all!

The positive power and presence behind my yet is God. He did not let me go! That’s why I’m here, yet. I could not by my own bootstraps pull myself up, and cling to life, yet God did, and does pull me up! That’s the Biblical reality of Sovereignty and Grace, packed into that three letter word “yet”.

Yet, Jonathan Edwards (1703-58) came at sovereignty and grace from the negative side in his sermon “Sinners in the Hands of an Angry God”. He was a Presbyterian theologian influenced by two Johns, Knox and Calvin, plus the more austere aspects of their theologies. He described us, and I paraphrase him loosely as ‘worms dangling helplessly by a thread over fire[1]’. The footnote below may put a better spin on this with more context. But they are self-flagellating, terrifying images, bordering on abusive in the wrong hands!

Now, there’s Biblical truth in what Jonathan Edwards wrote. Yet, it’s not the whole truth. A more positive spin (Really all theology is a form of spin) a more positive spin, or gracious spin, is God, with Jesus’ nail-pierced hands holds onto us, pulling us from the deadly flames of hell into the fiery warmth of His light and life. He does so even with us kicking and screaming, as C.S. Lewis wrote of his own conversion. Yet, He did not let go of him and does not let go of me. God is the only reason I’m still here, yet, no question about it!

[1] The imagery in the first part of the sermon graphically underscores the theme of the lot of the unregenerated. They should not deceive themselves about their status or their strength. Their vaunted trust in their own wisdom, prudence, care, and caution is but a self-delusion and will not save them. Before God’s almighty power, they are but “heaps of light chaff before the whirlwind” and “dry stubble before devouring flames.” They are like worms that crawl on the earth and are easily crushed underfoot; they are hanging as by a slender thread that is easily singed or cut. The glittering sword of justice is whetted and is brandished over their heads. The flames of the fiery pit below them rage and glow, hell’s gaping mouth is ready to swallow them, the devils like hungry lions are straining to get at their prey, the arrows of death are poised at them. What Edwards tries to pound into his listeners is the notion of life’s uncertainty: Death is always but a breath away.

Imagining the world in Lego

A Church for Starving Artists

The Consolations of Writing

Words to bridge the gap between faith and life...